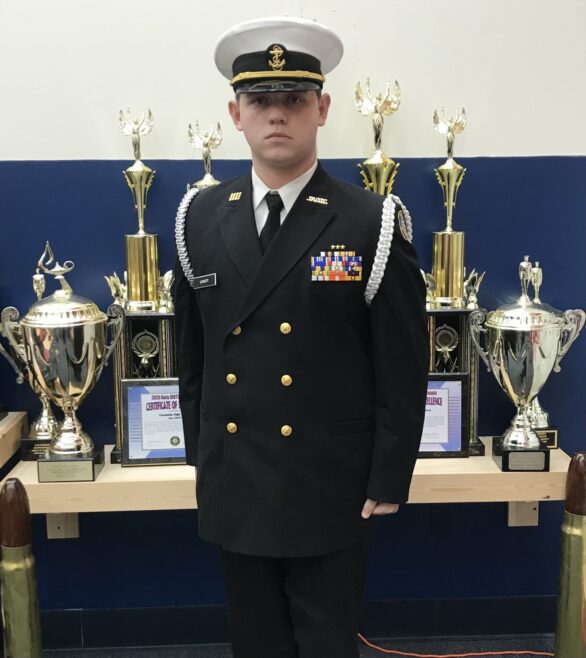 Academic Accomplishments: Cadet Lovett has been involved in the Embry-Riddle aeronautics course taught on campus and he has passed the following courses, Aerospace Technology 1, Unmanned Aircraft Systems 1, Aeronautical Science-121, Principles of Aeronautical Science, and UAS Security for his senior year. He has also been on the Academic team for NJROTC for 2 years.

Extracurricular Activities: Cadet Lovett is a part of the NJROTC drill team and has been for 3 years. He is also a part of the Armed basic team and Armed X team for drill and has also marched at Nationals twice for both teams. He has also participated in orienteering for a year.

Community Service / Involvement: Cadet Lovett has served many hours in clean-ups, gator games set up and competitions, cadet basic( 1 week-long event) for 2 years, and marched relay for life for the many cancer survivors. Cadet Lovett has also participated in both the Basic Leadership Camp as well as the Leadership Academy.

Other: In his free time Cadet Lovett has a job and he is applying to be on senior counsel.

The XO will support the commander in all respects, and be ready to take charge of the unit in the absence of the Commander. The XO is also tasked to: