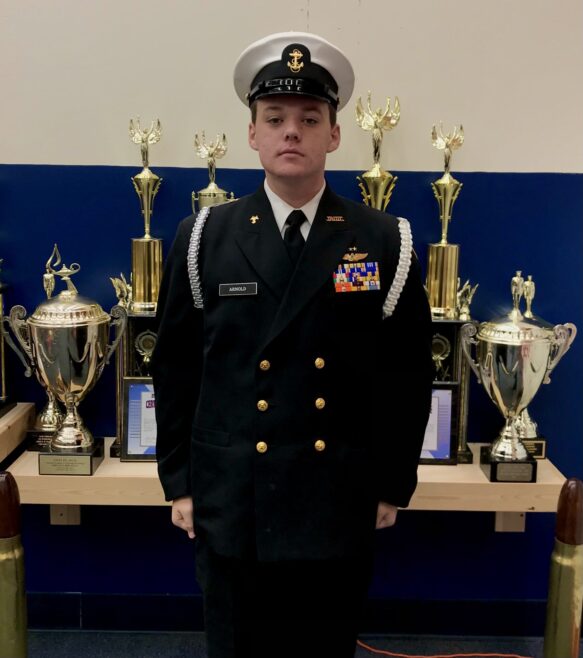 Academic Accomplishments:
Cadet Arnold is in his fourth year of the Flight Academy on campus. Is currently dual enrolled with Embry Riddle Aeronautical University and passed the following classes: unmanned aerial vehicles and systems, principles of aeronautical science, and private pilot operations. Arnold has graduated two  ̈tours ̈ at the National Flight Academy each a week long. He has also passed several AP and honors classes, made a 74 on the ASVAB, and is in the top 22% of his class.
Extracurricular Activities:
Arnold has been a part of the drill team for over 3 years and has been a part of the armed exhibition, armed basic, academic, and orienteering team, each for at least 2 years. He Graduated from Basic Leadership Training and Leadership Academy. He also attends piano lessons and church youth groups.
Community Service / Involvement: He has accumulated several hours participating in cemetery/community cleanups, cadet training camps, teacher help weeks, relay for life, parades, volunteering at the MGBC food pantry, car washes, and more. Color guard for football games and memorial ceremonies.
Goals: Cadet Arnold plans to get a 4-year scholarship and attain a pilot ́s license and go into either manned or unmanned aviation. He also plans to serve in the military enlisting in either the reserves or active duty in the future.
Other: Has received the Positive Behavior Outstanding Attendance Award and the Stephen Decatur Award Ribbon.

Team captains are responsible for the overall training and management of their teams. Under the direction of the Cadet Commander, they will prepare Cadets to participate in NJROTC-sponsored and other competitions. Responsibilities

include, but are not limited to the following: 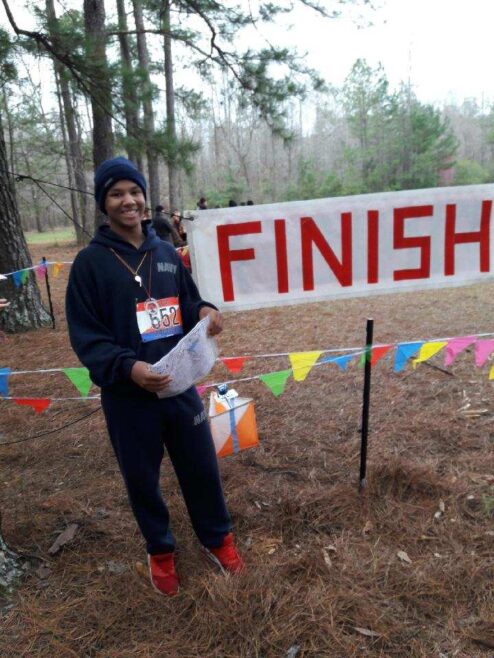