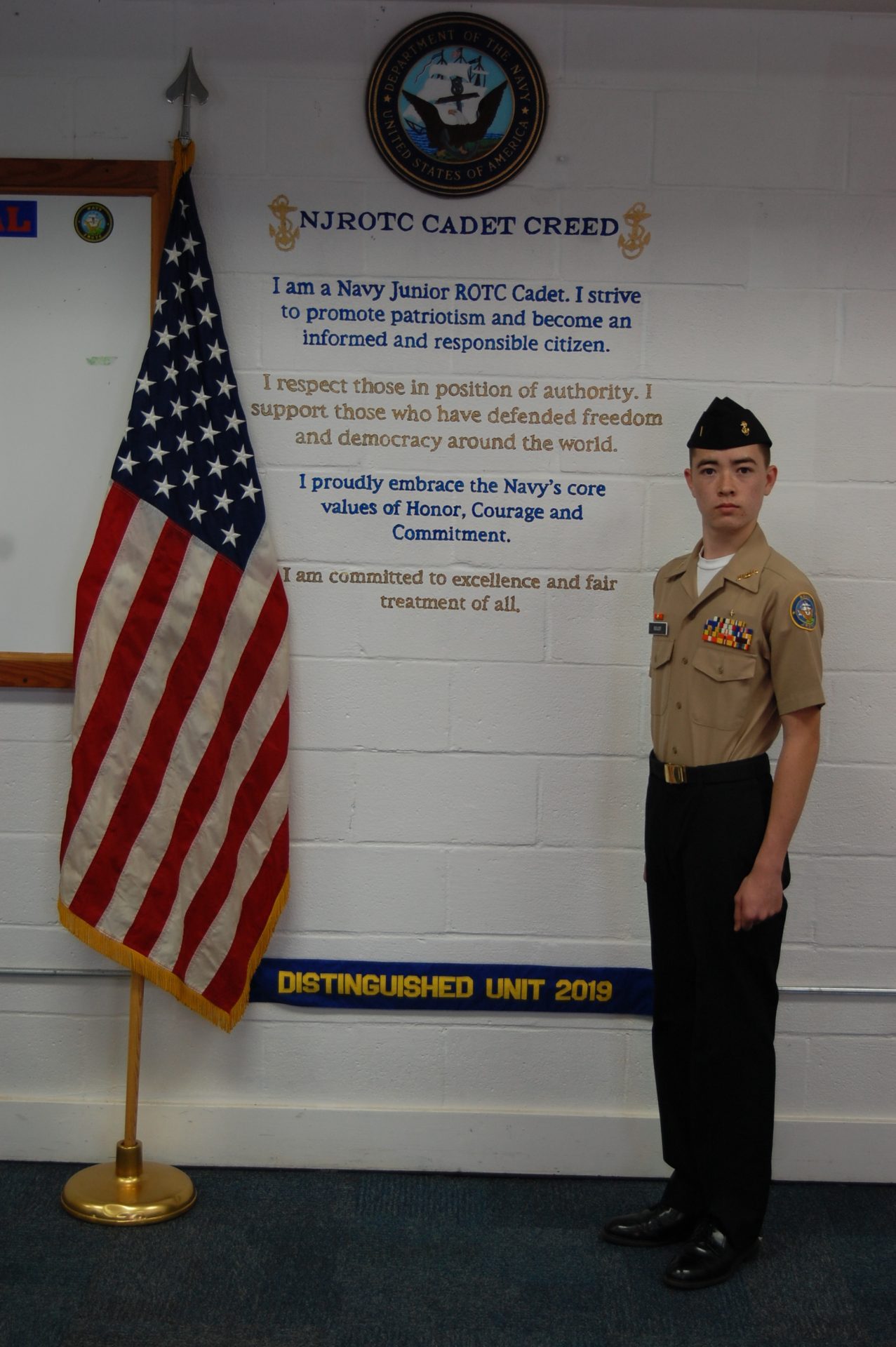 Academic Accomplishment: Cadet Ensign Kelley has received Military Order of World Wars his sophomore year. He is bilingual speaking in both Japanese and English, attending a Japanese school for 2 years and has also done 2 years of digital design, experience in Photoshop, Dreamweaver, InDesign, and animate.

Extracurricular Activities: Cadet Ensign Kelley has completed 1 year of the drill team. He was on the armed exhibition, armed basic, academics, and athletic teams. He was also on the brain brawl team his sophomore year and qualified for brain brawl nationals.

Goals:  Cadet  Ensign Kelley’s near-term goals for the unit would be to obtain a top three position for the unit when he first joined ROTC he had a mindset of becoming a senior as a goal but after graduating BLT Camp his goals changed completely. He wanted to become a leader to Inspire others. His goals for the future and his career is to get accepted into a college and the officer’s candidate program the reason he wants to be a naval officer is that one of his role models his father who is a chief in the Navy and he wants to not only make him proud and overtake him rank wise he Would like to be the first person in his family to attend college and become an officer he’s always wanted to be an officer at a young age when he saw a pack of them walking by on base he always wanted to lead and Inspire others and lead them to a positive outcome as his father has.